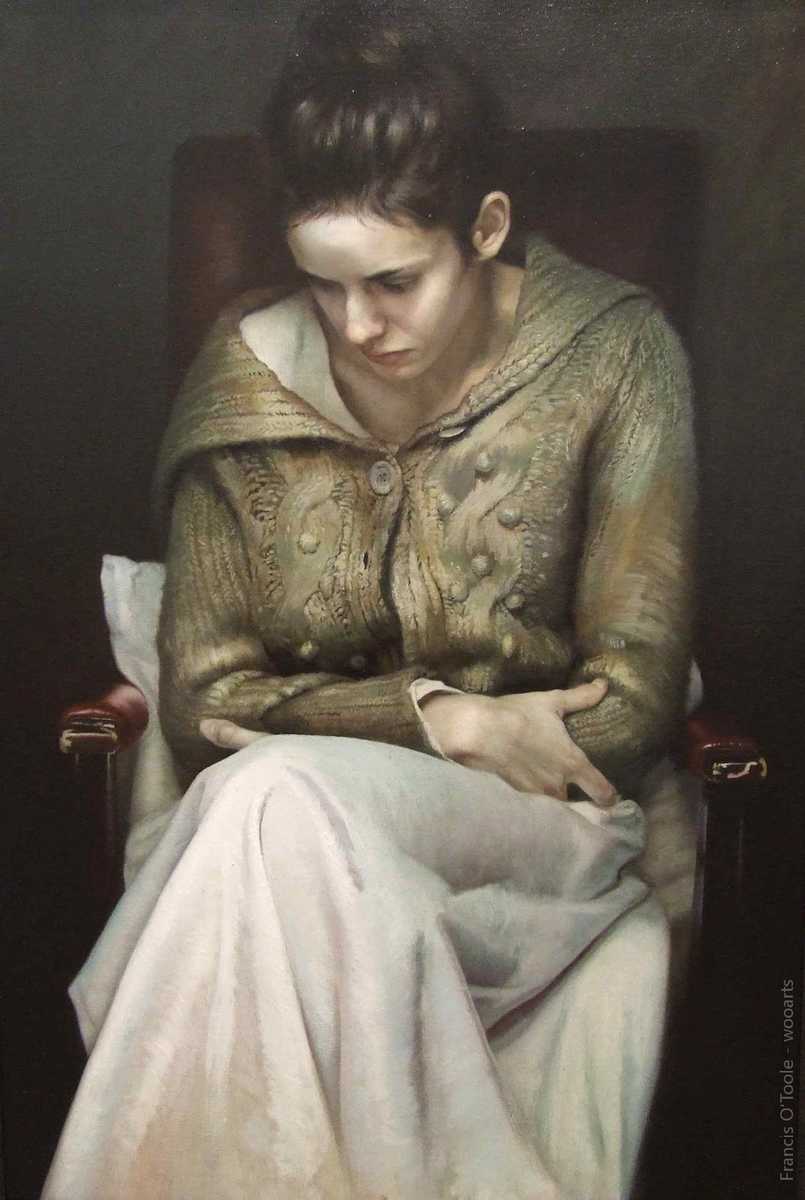 Francis O’Toole is a Dublin based artist, who has studied in Florence, Italy. At 17 Francis was involved in an industrial accident which very nearly claimed his life. After spending over a year in hospital and rehabilitation, Francis spent a number of years confused about what path to take in life, this lead to him straying into the wrong group of people and encountering a dark world of up and coming criminals. One day out of concern for her son Francis’ mother suggested he paint, at first Francis believe this to be silly, but slowly began to enjoy this activity.

Initially working from his mind, this work began to receive attention and he entered a gallery, after this there was some demand for work. As Francis had never studied art etc., he worked at a slow pace and was not satisfied with the results, it is at this time he then decided to study classical art techniques in Florence, Italy.
After fours year intermittent study in Florence, Francis returned to Dublin and is now preparing for a show in the near future.