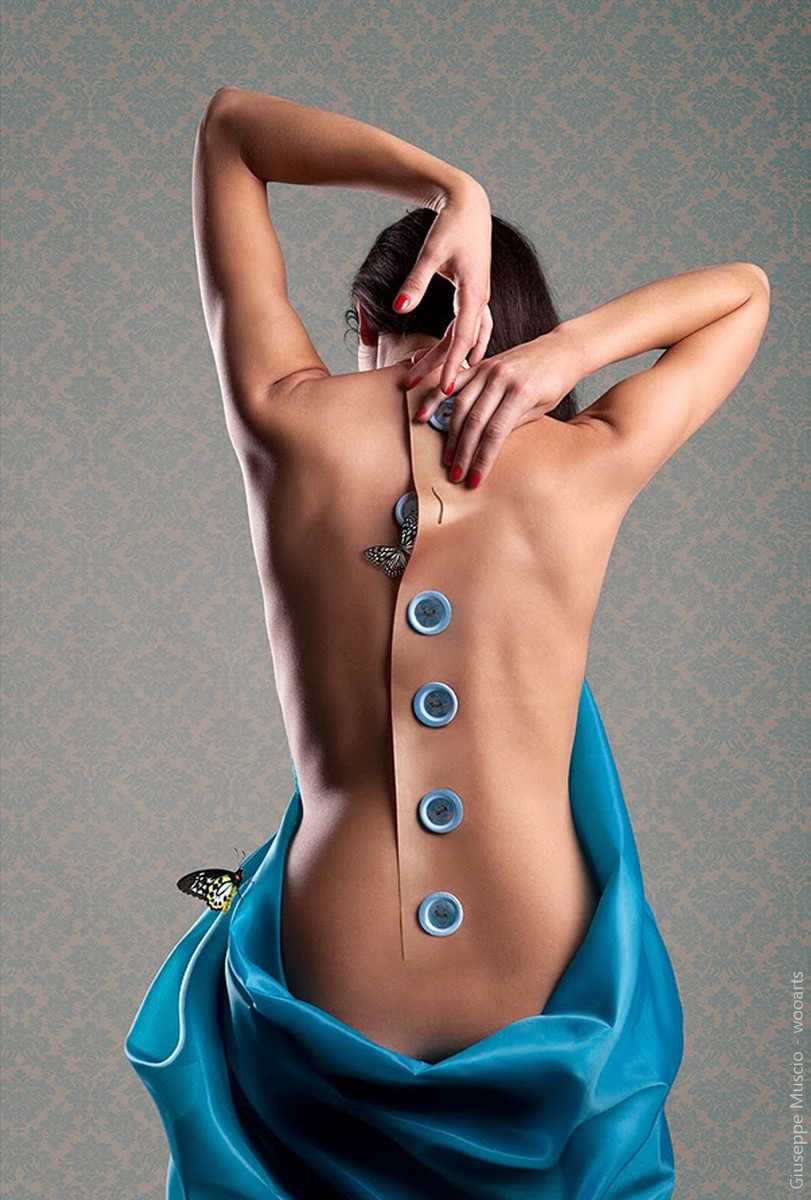 Italian painter Giuseppe Muscio was born in Orta Nova, a small town situated in the historical and cultural region of Apulia. ” I was fascinated by the majestic landscape around me and realized that I was born to be an artist and painter. If I close my eyes, I still can smell the perfume of the rows of vines, the fragrance of the olives and the almonds.

I immediately began to reproduce what I could see onto drawing sheets, which my grandfather would give me. Soon, I moved to Milan with my family, leaving behind my roots and my love for the region. I was passionate about painting; I studied the painting’s techniques of the greatest painters of 16th, 17th and 18th centuries. I also experimented with various painting techniques using scientific methods “.

He studied the painting techniques of the greatest painters of the sixteenth, seventeenth and eighteenth centuries. He also experimented with various painting techniques using scientific methods.
He met great masters such as Giorgio De Chirico, Domenico Cantatore, Renato Guttuso. He attended their studies, where he learned new techniques and saw new ideas thus improving his knowledge and painting skills.

The Poetics of the Cosmos in the Art of Giuseppe Muscio. If there is a concept, contained in a term that more than any other sets agree the scientific thought, the theological and the philosophical one, this is the Cosmos. The ancient understood the term Cosmos as the harmonic order created after the original chaos. It’s like saying that from the chaos a spark of the Creator has allowed an anonymous and amorphous mass to have a new image, a definite role in creation and a special reason. All this for every created thing not only for humans. For the Greek philosophers Cosmos was the idea of maximum beauty united between souls, psyche and outer man, rational life.

A person who lived this unit was in a state of grace and had the gift of making beautiful things around him. For the Pythagorean philosophers, that spark that transformed the chaos into Cosmos, is present in every living being, from the largest one to the invisible one, as if the very large had the image and the reason to exist even in the infinitely small and so the infinitely small reflects itself and can be recognised in the infinitely large. It was so for the Neo-Platonic philosophers as Marsilio Ficino, Giordano Bruno, Francesco Bacone, for Leon Battista Alberti, Leonardo Da Vinci and Michelangelo Buonarroti the infinitely large could be recognised in the line that became a symbol, in the mystery of the sacred representation, and in that making art that liberates the mind from the raw material.

Giuseppe Muscio is a hyper realistic painter, but it is in the consciousness that he reveals and rediscovers the cosmos through art, to be understood in his artistic research. In his works, whether they are still-life or bodies taken as in a still image from a choreographer what is clear and what this artist pursues and achieves the a perfect harmony between the colour space, form and line. His works are born from a clever use of materials very similar to what you read in the treaties of Cennino Cennini.

He uses refined linen and then a specific compounds with the same as indicated in the Renaissance treatises, he uses brushes made of fine marten, he cuts the bristles because the colour is distributed by points not by surface, I would rather talk about the chromatic composition than about painting.

The colour features as notes on a staff and each bar beat and push ahead the other. The real is enhanced and become harmony in the works of Giuseppe Muscio, nothing is left to chance, even if in the paint layer the imaginary light corrects and shows what the natural light did not do in the compositions which he elaborated.

​The oil colours are mixed with pure pigments that Muscio shapes with the techniques derived from the wisdom that comes from those who make art forever. Each work is the result of hours of patient work, the surface acquires line, shape and colour, the glazing is composed from depiction and representation at the same time. There is a balance of form and tone in his works that suggests the Plato’s idea of dance.

His colour balance is brilliant it’s almost a philosophical chiasm, then there is the magic of the light reflected from the shiny surfaces. Each part of the painting has life as if you read all the details that correspond to the mechanical composition and colour. But it is in the representation of transparency that can be seen the brilliant mastery of Giuseppe Muscio, he does not use photos if only for making more practical the images to be portrayed, nor is photographic the effect that he pursues and gets in any case.

What makes Giuseppe Muscio is a true synthesis between the tangible and transcendent almost that the withdraw objects are the only witness of the time lived above all the feelings, sensations, emotions. So, a still life and the atmosphere of his monochrome canvases have the aura to evoke that spark that makes us feels part of one great source.

The work of Muscio is a step by step ascendance to rediscover that ancient spark that the modern culture of this modern decade of the second millennium has simply excluded as useless and has covered with emptiness. The observer discovers the key in Giuseppe Muscio’s paintings and eventually find himself shipwrecked in the poetics of the Cosmo.

Giuseppe Muscio is a famous Italian artist who is known for hyper realistic oil paintings of flowers and still lives. He was born in a the small town of Orta Nova, Apulia. He realized that his life was meant for art and wished to become an artist at an early age. He tried to outline objects that he saw into canvas. Giuseppe learned painting techniques from 16th, 17th and 18th century masters. He used several scientific methods to explore painting techniques. His hyper-realistic oil paintings are breathtakingly amazing. His oil paintings are exhibited throughout famous galleries in US, Japan, Italy and England.

He met famous artists like Guttuso, De Chirico and several others. Muscio went to their painting studios and studied their techniques. This helped him to polish his painting skills. His subjects include fruits, flowers, nudes and bottles that are kept in low light places or traditional tables. He was more attracted to painting objects in a realistic way. He love to approach his paintings in a poetical way which is often beyond imagination.

He has won several awards for his paintings. Muscio is one of the best still life painters till today. He is also one among the popular Italian oil painting artists. His works are widely collected by art lovers around the world. Paintings of roses and sea shells are quite notable in his portfolio. The way he paints often demands lot of patience and skill.

Other than painting, he is passionate about music. Once he met a famous drummer at Milan and wished to study Jazz. He was good at playing drums and needed no classes. But he attended classes of famous drummers and worked as a drummer. Giuseppe Muscio paintings are quite famous as it belongs to “Realism”. His paintings often compete with photographs! Here are some of the selected paintings of this artist.

I was born in Orta Nova, a small town situated in the historical and cultural region of Apulia, where as a child I played in my grandfather’s vineyard. I was fascinated by the majestic landscape around me and realised that I was born to be an artist and painter. If I close my eyes, I still can smell the perfume of the rows of vines, the fragrance of the olives and the almonds.I immediately began to reproduce what I could see onto drawing sheets, which my grandfather would give me.

At the age of four years old, I moved to Milan with my family, leaving behind my roots and my love for the region.I was passionate about painting, I studied the painting techniques of the greatest painters of 16th, 17th and 18th centuries. I also experimented with various painting techniques using scientific methods.

I met great Masters such as Giorgio De Chirico, Domenico Cantatore , Renato Guttuso. I went to their studios where I learned new techniques and saw new ideas thus improving my pictorial nowledge and skill. When I look at ancient works of art, I try to see beyond the image my eyes perceive in order to understand the mood and the feelings the artist wanted to impress on the canvas. It is poetry and sensitivity that I want to see when I look at my paintings, because only in this way I can feel satisfied and gratified. My subjects are women’s nudes and various objects such as bottles, cups and fruits placed in quiet shadowy corners and on old tables.

I am mysteriously attracted to and fascinated by the world of objects. In particular, when painting still objects, I try to feel their thrill empathizing with the mute revelation, which makes you consider them from a different point of view, evoking unexpected emotions. The secret charm is not a casual aspect of a determined moment: it is their quality that invites me to define their outlines and their images in full harmony, thus creating a warm realism.

Besides portraying it I aim at emphasizing the atmosphere poetically, sometimes magically. I also draw inspiration from artistic nudes. In the wake of Hegel, I believe that an artist can simply use the face and the poses. My paintings of nude subjects represent the true principle of the eternal poetry about woman and they are more spiritual than physical.

In addition, I have a passion for music, especially for jazz. I remember an evening out in a fashionable area of Milan (at the well-known old Motta’s), when I saw a jazz quartet play some music. It was love at first sight. I had a chat with Maestro Poggi, a percussionist and kettledrummer at RAI. I asked him to give me lessons, he accepted and invited me to his studio, where he said to me nicely: ‘Come on, show me what you can do …’ At the end of my performance he said: ‘You’re fantastic! You can handle the drumsticks better than a circus juggler and you play like an American. You are an excellent player! He said that I didn’t need any classes. Later, when I started going to Capolinea’s in Milan (an international meeting place for world-known musicians), I met Tullio Depiscopo and Enrico Luccini, both great drummers. I studied with them for a few years and then I found a job working as a drummer.

I am still keen on music, which is with me while I paint.
via: http://www.fine-arts-international.com/Muscio.htm
—