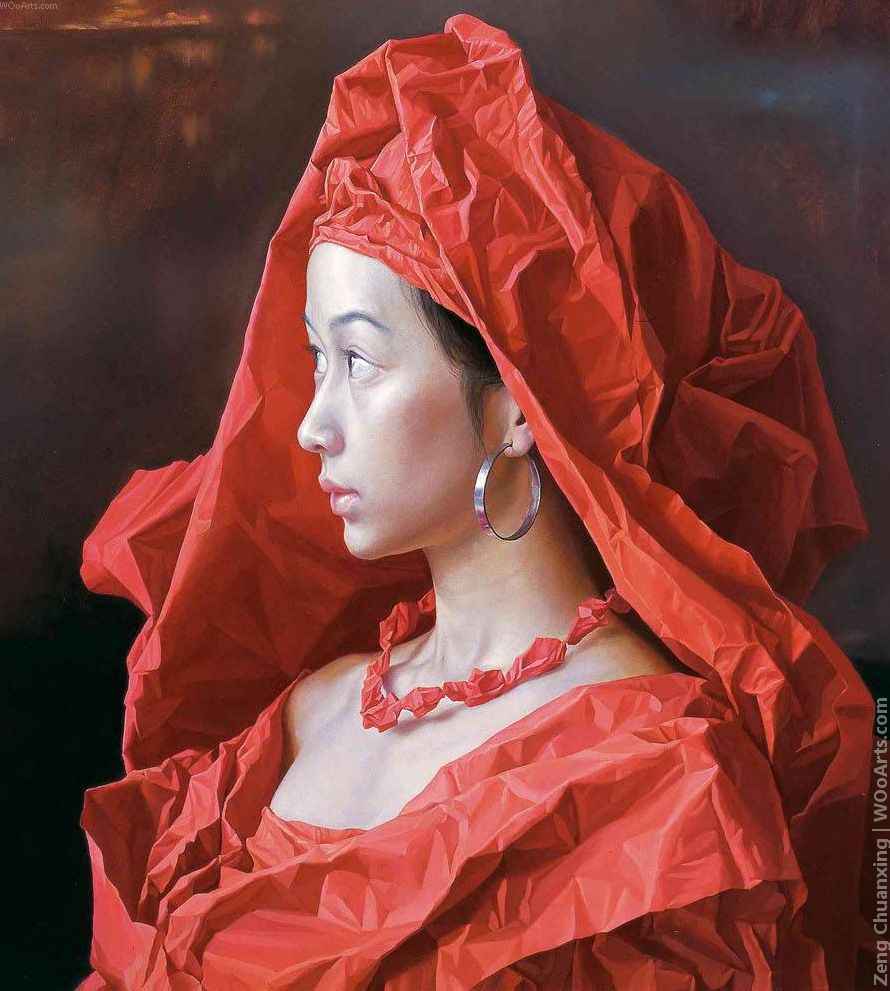 Zeng Chuanxing was born in 1974 in Longchang County, Sichuan Province, China. Graduated with a specialization in oil painting from Central Nationalities University, Bejing, Zeng Chuanxing has since held numerous exhibitions in Europe, the Americas as well as mainland China and received many awards.

Just as many of his fellow Chinese artists, Zeng Chuanxing adheres to a philosophy of art for a purpose. His work is heavily endowed with the larger cultural issues at stake in modern-day (Chinese) life, yet remains steeped in a Western art tradition.

Reliant on iconographical metaphors and a traditional concept of representation, his series of Paper Brides comments on the fragility of marriage and female identity in contemporary Chinese culture. His brides, dressed in delicate paper gowns, alternatively dressed in either white or red (white the traditional colour of a Western bride, red that of the Chinese) highlight the vulnerability of the once unbreakable bond that the wedding vow created. His work embodies the very best of the cross-cultural artistic relationship that exists between the East and the West.

More:
Zeng Chuanxing studied at the Minza Universities in the 90s with a focus in oil painting. Zeng’s oeuvre has been a conscious preoccupation in depicting minority and oriental women with a classical realists approach, as epitomizes by his Paper bride series.

Finding inspirations from his surroundings and the changing cultural dynamic of China where he grew up, Zeng frequently rendered realist work as a means to express his feelings and attitudes towards life.