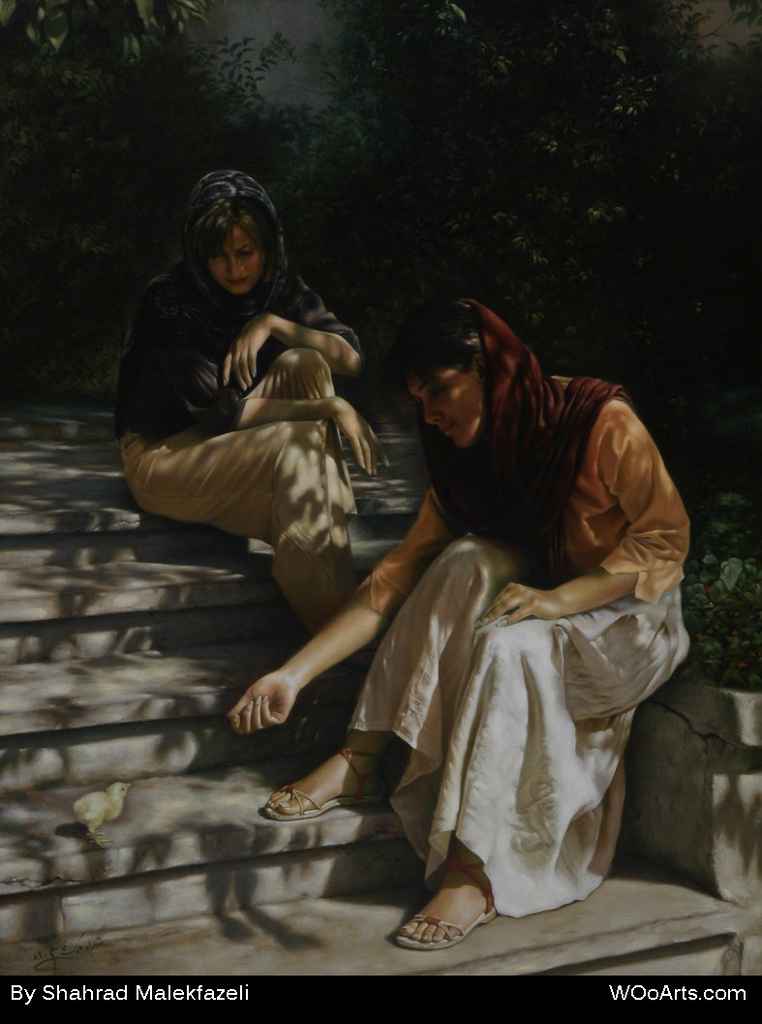 Shahrad Malek Fazeli was born in 1975 in Tehran.
He has been fascinated by the art of painting since he was a child. At the age of 15, he started to learn painting under the mastery of the greatest realist painter of Iran – Morteza Katouzian.
At 20, he continued to paint professionaly.

In the year 2001, he got the bachelor degree in Graphic Design from the Jahad Daneshgahi University. He participated in Several Exhibition including the Group Exhibition of Kara Studio Painters at Sabz Gallery in 1998 and at Sa’ad Abad Palace in 2003.

Shortly after, in the same year, he established his own painting studio and started teaching painting considering classical and traditional values. At 2004, he was honored as one of the top 100 finalists in the Second International ARC salon competition.