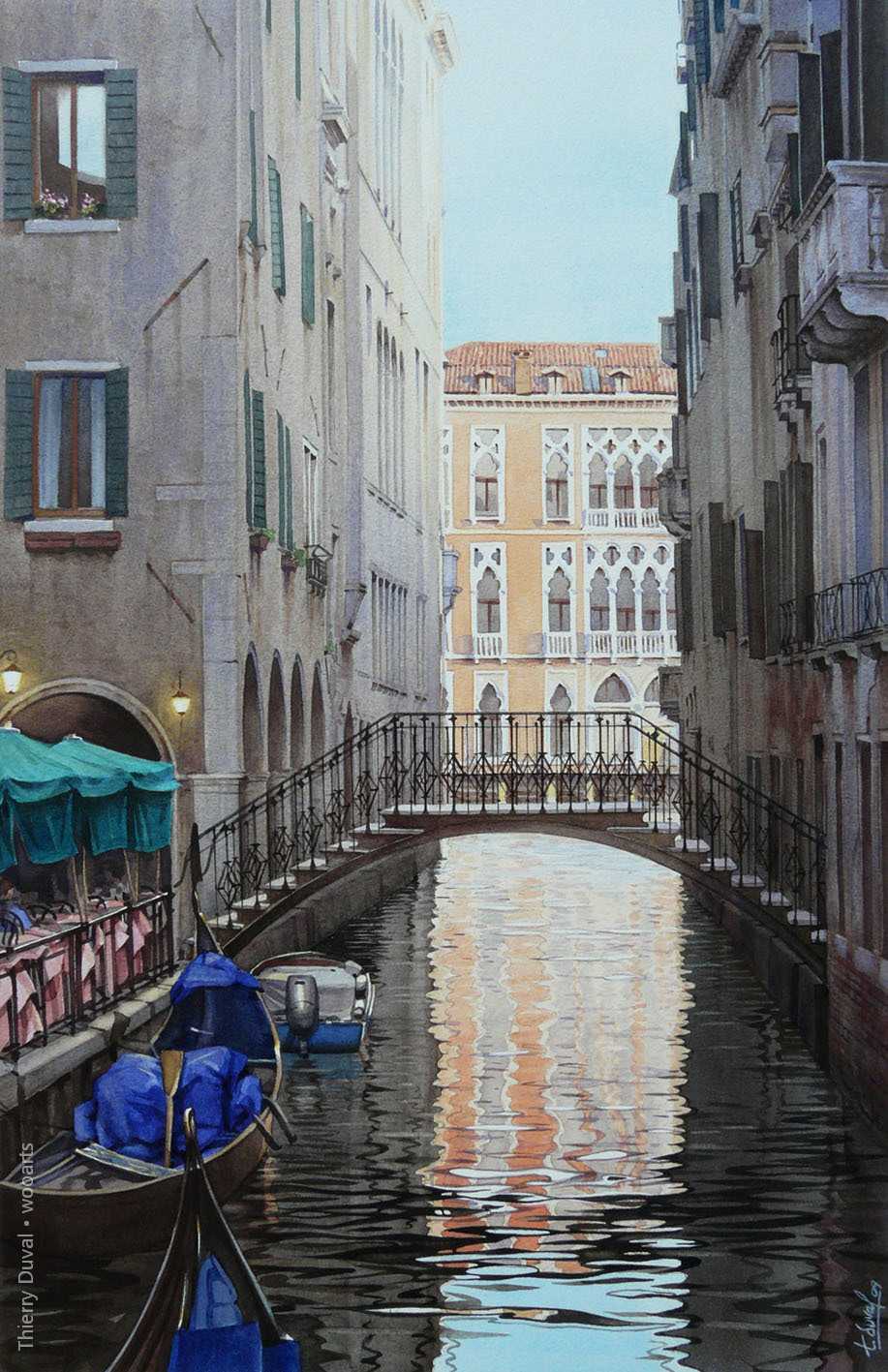 MY WORK IS THE RESULT OF A CLEVER MIX BETWEEN HYPERREALISM AND THE POETRY OF THE PLACE REPRESENTED.
I hope to be a sensitive and precise observer of nature and the city, careful to account for the slightest variations in light. My watercolors of urban scenes restore the historical beauties of Paris or Venice, but also their unusual and mysterious sides.

Graduated in Decorative Arts in 1982, illustrator, then creative in a large Parisian advertising agency, I have painted since childhood. In 1990, a great Italian restaurant in Paris, the “Raffaélo”, ordered me to make pastel copies of paintings by the Renaissance painter Raffael, perhaps that is where my taste for the great masters of painting came from. academic painting. It was while preparing for the entrance examination for Decorative Arts in Paris that I discovered the work of the painter Delacroix, and from there my passion for watercolor came to me.

Exhibition of his watercolors at the Suiha Gallery in Tokyo Japan.
Takes part in the 2nd International Watercolor Biennial in Shanghai China.
Member of the Société Française de l’Aquarelle from 2012 to 2013.
Since January 2009, member of the Taylor Foundation.

—
It was while preparing for the Decorative Arts competition that Thierry Duval discovered the work of Delacroix, where his passion for watercolor came from. From then on, he would never stop working on his technique, until he obtained an unusual rendering, an unusual force in the colors and the lights, and a drawing of great precision, which gives his work a realism. uncommon. For the first time, Vues de Paris à l’Aquarelle brings together a collection of around sixty of his Parisian watercolors.

Over the pages, we admire the beauty of the banks of the Seine in the early morning, the roofs shining in the rain, the light filtering under the bridges, the markets, the cafes, the booksellers, like so many enchanted, sweet and dreamlike parentheses. Under the brush of Thierry Duval, Paris la belle honors its status as the most romantic city in the world.

This is preparing the assistance of Decorative Arts Thierry Duval discovered the work of Delacroix, where did his passion for watercolor. Therefore, it will not cease to work his technique up get an unusual update, unusual force in the colors and lights, and a drawing of high precision, which gives his work an unusual realism. for the first time, views of Paris in watercolor includes a collection of sixty his Parisian watercolors.

We admire in the pages of the Seine quays beauty at dawn, shining roofs in the rain, the light that filters under bridges, markets, cafes, bookshops, like so many parentheses enchanted, sweet and dreamy. Under the brush Thierry Duval, the beautiful Paris honors its most romantic city status in the world.