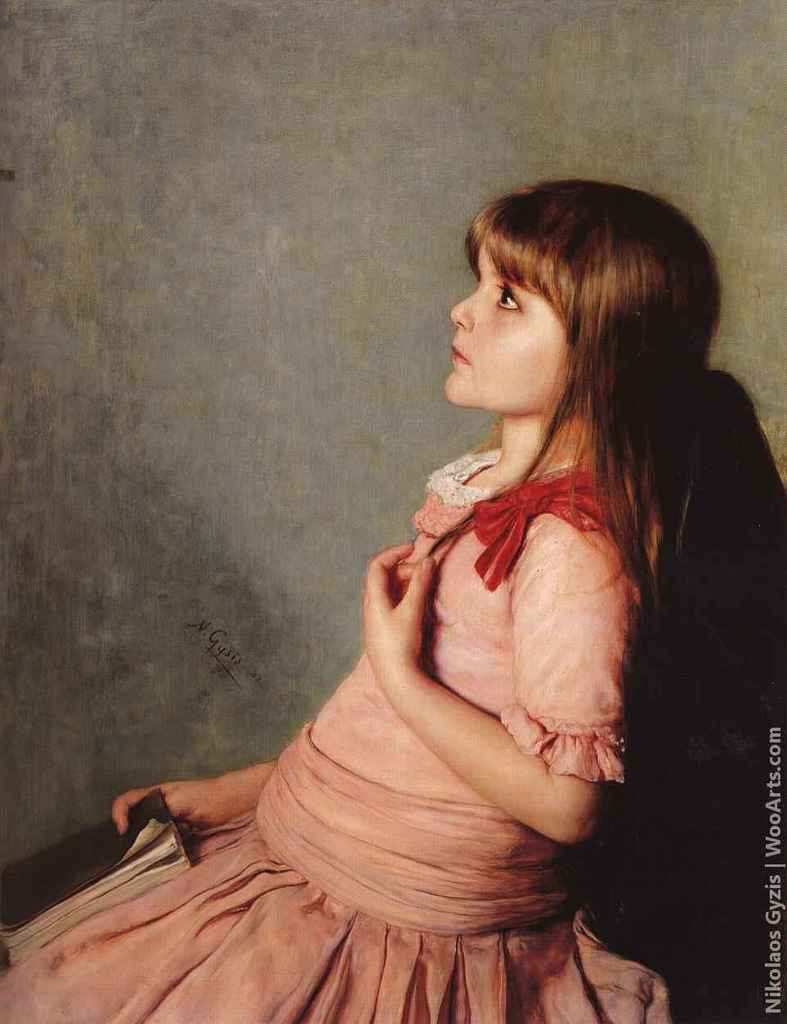 Nikolaos Gyzis (Greek: Νικόλαος Γύζης [ni.’ko.la.os ‘ʝi.zis]; German: Nikolaus Gysis; 1 March 1842 – 4 January 1901) was considered one of Greece’s most important 19th-century painters. He was most famous for his work Eros and the Painter, his first genre painting. It was auctioned in May 2006 at Bonhams in London, being last exhibited in Greece in 1928. He was the major representative of the so-called “Munich School”, the major 19th-century Greek art movement.

Gyzis was born in the village of Sklavochori, on the island of Tinos which has a long artistic history. As his family settled in Athens in 1850, he soon embarked on a study at the Athens School of Fine Arts. His studies there, formed the foundation of his artistic education and helped him to develop his natural skill in painting.

In 1865, having won a scholarship, he went to continue his studies at the Academy of Fine Arts, Munich, where he settled for the rest of his life. He was very soon incorporated into the German pictorial climate, and became one of its most characteristic representatives of the Greek artistic movement of the Munich School. This is expressed in the painting News of Victory of 1871, which deals with the Franco-Prussian War, and the painting Apotheosis i Thriamvos tis Vavarias (Apotheosis or Triumph of Bavaria).

From 1886 onward he was professor at the Academy of Fine Arts, Munich, and gradually turned from the detailed realistic depictions towards compositions of a singularly impressionistic character. His students included Ernst Oppler, Fritz Osswald, Anna May-Rychter and Stefan Popescu (Romanian painter).

At the beginning of the 1870s returned to Greece for a period of several years, after which he produced a sequence paintings with more avowedly Greek themes, such as the Carnival at Athens and the Arravoniasmata (Engagement Ceremony) and a little later the painting After the destruction of Psara. Towards the end of his life, in the 1890s, he took a turn toward more religious themes, with his best known work of the later period being Triumph of Religion.

His works are today exhibited at museums and private collections in Greece, Germany and elsewhere.

Gysis’ painting The Secret School was depicted on the reverse of the Greek 200 drachmas banknote of 1996–2001.

The Athenian neighbourhood Gyzi is named for him.