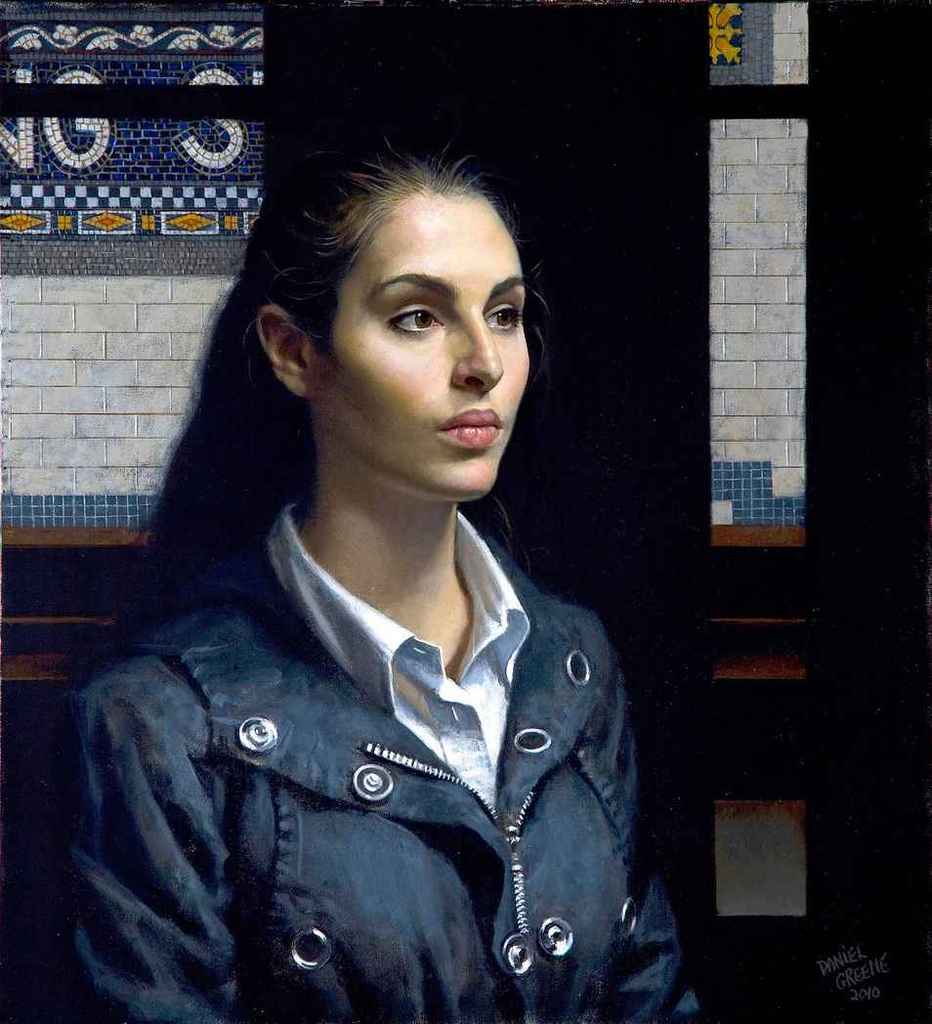 Daniel E. Greene (born 1934) is an American artist who works in the media of pastels and oil painting. The Encyclopædia Britannica considers Mr. Greene the foremost pastelist in the United States.
To date Daniel Greene has painted over 117 works depicting scenes of the New York subways, which he describes as a source of constant inspiration, of “never ending” fascination. His 2004 exhibition “Subway Paintings” at the New York Transit Museum at Grand Central Terminal was the inaugural event in the centennial year of the New York City Subway.
Through his paintings of people riding in or waiting for the subway, seemingly mundane occurrences, Greene reveals his affinity for conveying his unique perception of the ordinary.

In 1989, his work represented the United States at the first International Biennial of Pastel in San Quentin, France. In 1992, he was awarded American Artist‘s magazine’s first Lifetime Achievement award in the category of oil painting and the Oil Painters of America Society named him to their Hall of Fame.

In 1995, the American Society of Portrait Artists presented the John Singer Sargent award to Daniel Greene for lifelong dedication to the achievement of excellence in portraiture.

In May 1999, Mr. Greene was the recipient of the Benjamin Clinedinst Medal of the Artist’s Fellowship at a presentation in New York City. In 2001, he was awarded the Gold Medal of the Portrait Society of America.

On May 26, 1994 in a special White House ceremony, Mr. Greene presented to Hillary Rodham Clinton a pastel portrait of Eleanor Roosevelt.

In 2006, Mr. Greene was the Artist in Tribute at the 75th Annual Exhibition of the Hudson Valley Art Association. In 2007, Mr. Greene was presented with the Gladys E. Cook Award for Painting by the National Academy Museum at their 182nd Annual Members Exhibition.

In 2012, the Connecticut Society of Portrait Artists at the conference “Faces of Winter – A Daniel Greene Festival” honored Mr. Greene with their Lifetime Achievement Award.

In 2012, the Pastel Society of America at their 40th Annual Exhibition also presented Mr. Greene with the Jack Richeson Gold Award.
Mr. Greene’s paintings and pastels are in over 700 public and private collections in the United States and abroad. He has been the recipient of the Elizabeth T. Greenshields Foundation grant and the Anna Lee Stacey Foundation grant.
A retrospective exhibition of Mr. Greene’s paintings and pastels was held in 1987 at the Hammond Museum in New York. Five highly successful exhibitions of Mr. Greene’s subway series appeared in New York and were featured on ABC-TV, Fox News, PBS, CNN, New York 1, NHK TV Japan, and in over 50 international magazines and newspapers.

One exhibition “Subway Paintings” at the New York Transit Museum at Grand Central Terminal was the inaugural event in the centennial year of the New York subway.

In 1998 Daniel Greene was interviewed in the Academy Award nominated documentary “Ayn Rand, a Sense of Life” and was the subject of the cable documentary “The Genuine Article” as well as a PBS documentary featuring his subway paintings.

Highly regarded as a portrait artist, his subjects include leaders of government, banking, education, and industry. A few of the early works include Mrs. Eleanor Roosevelt, astronaut Walter Schirra, author Ayn Rand, and William Randolph Hearst.

Some recent portraits include john and Adele Lehman for Harvard, Eric Widing of Christie’s and Governor Benjamin Cayetano of Hawaii.