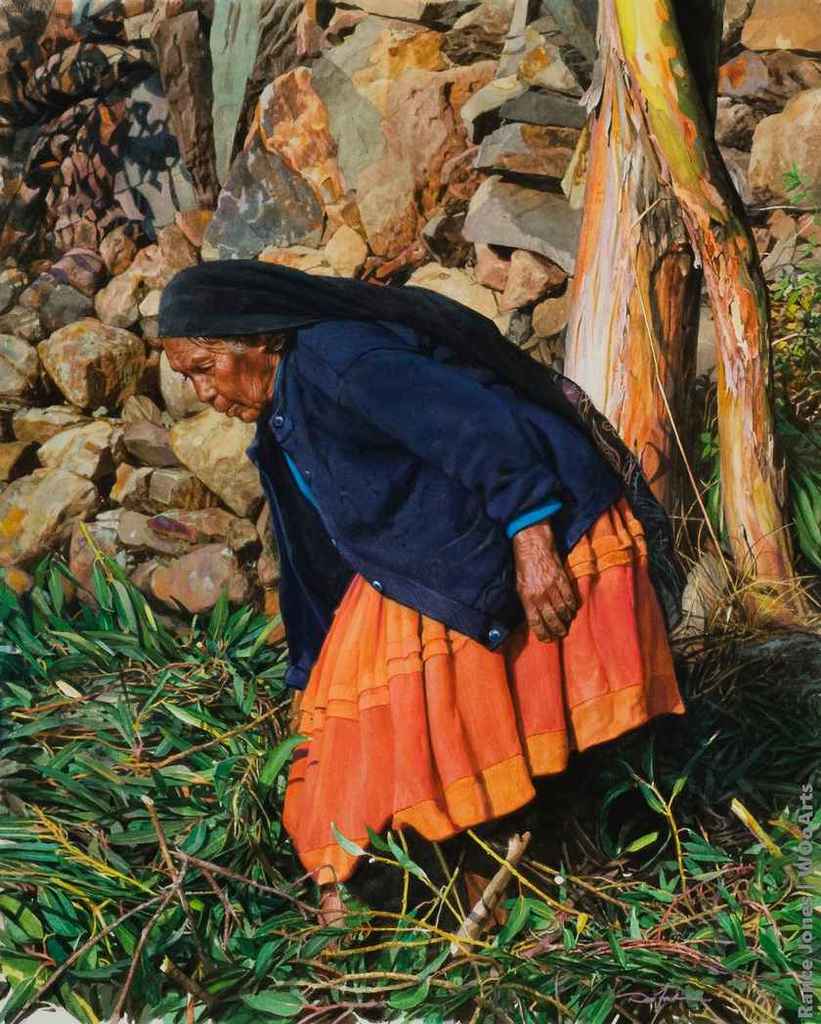 Andrew Wyeth expressed that in his portraits, the landscape surrounding the subject was as much the portrait as the persons face. Having lived in communities ranging from a tiny Texas town with a population of less than 400 to many years in New York City, I found that each of these settings had a dramatically different impact on my physical and emotional state, my sense of self worth and my connection to the people around me.

Urban neighborhoods, rural townships, cities advanced with technology, villages where technology is lacking, what is the visual narrative of the relationship of the figure and the environment?

Traditionally in representational art, the human figure is often the focal point of a composition, the background or surrounding elements defer in a sort of supporting role that’s meant to elevate the figures presence. Typically, the objects that hold the most importance in a painting are brought forward in the composition by softening the surrounding areas either texturally or tonally.

However, in my paintings, I want the viewer to sense a degree of competition between foreground and background, between the figure and the environment. By allowing this tension to exist in the painting, the viewer is invited to consider the impact of the relationship between the two. Painting in a very detailed, photo-realistic style heightens the sense of visual and emotional tension.

The international award-winning watercolor paintings by Rance Jones broaden the boundaries of watercolor technique. Each watercolor is a masterful example of how the artist portrays the world that he explores through art. His realistic style is both refreshing and relatable. His sensitivity to expression, subtle body language and setting give the subjects of his watercolors a life-like beauty that has great emotion, elegance and impact.

Many of the stories told through a Rance Jones watercolor are simple, stolen moments: the graceful glance of a girl behind a gelato counter in Sirmione, Italy, an impromptu still life of fresh fruit and sweet syrup ablaze in the sun of San Miguel, Mexico, a bowl of fish soup in a Hungarian café dyed fire-red by paprika.

Photo Realistic in style, Rance Jones watercolors are heirs to a movement begun in the 1960’s by artists like Chuck Close, Charles Bell and Richard Estes. An approach in art that tends to draw the viewer in by giving subjects commonly associated with emotional distance or indifference, a visceral and dramatic presence. Rance Jones builds on that concept by demanding his watercolors represent much more than a copy of a photograph.

Drawing inspiration from the mastery of such painters as Degas, Whistler, Eakins, Homer, Monet and Andrew Wyeth, Rance Jones watercolors exhibit vibrant color, rhythm and movement. Look how meticulous strokes of color lay next to and over one another forming textures and multitudes of tones. Thin washes of pigment blend smoothly across a sky or delicately bring out fine wrinkles in a facial expression.