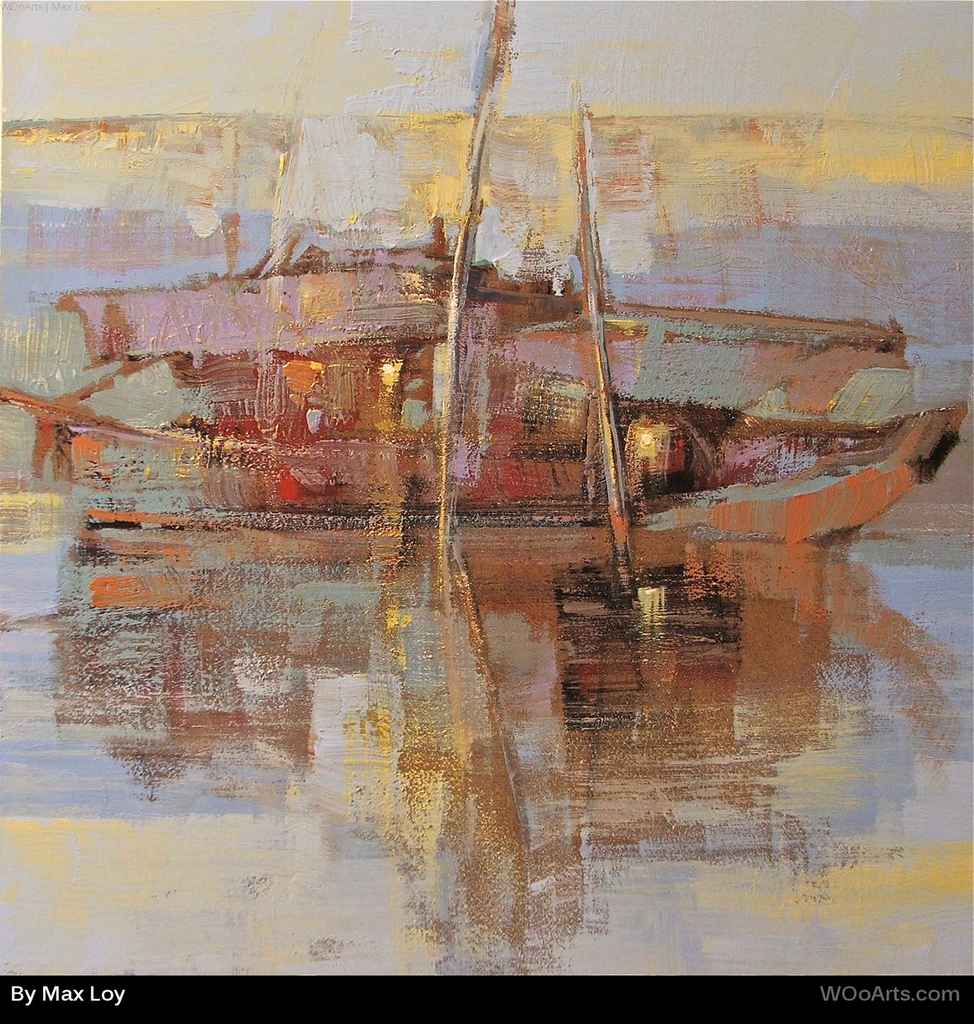 Born in Pistoia – Italy in 1950. In 1968 he completed his classical studies then began his to experiment his work with various techniques.

He worked in different pictorial styles for a comprehensive synthesis of many experiences. He used various material paintings during his early years and gradually begun to use diluted oil color, specializing in the haze style. Recurring themes are the idealized landscape, invention, psychological, surreal impression or metaphysics and the women/females figuratives.

Always, protagonist in all his paintings as is the enveloping light, which fades the distances to the abandonment and inviting to dream and element of continuity throughout the forty years of production, up to current events. In parallel to the primary interest for painting, Max Loy extends its activity in the field of sculpture, furniture and literature. In the year 1980 in Cagliari the novel “the journey” which takes in the articulated literary production baptism which, after the year 1990, becomes constant commitment. In 1986 he moved to Rome in Pistoia, where he lives now. From 87 to 94, temporarily abandoning painting, dedicated to the creation of sculptures, exclusive furniture and furnishings. Teaches painting, in his study of Pistoia, and shaping for two years at Villa Ancuri, Montecatini Terme In the year 2000, after a thirty-year love of figurative representation, where he’s trying way too long as copyist and portraitist, inaugurates a new production entitled “DEXTRA ET LEFT PARS MENTIS”: rationality and emotionality, right and left Faculty of mind, give life to fantastic compositions that evoke the world, no longer describe it, arousing mirages with a phrasing that winks to the abstract. The making of documentary films is his latest interest.