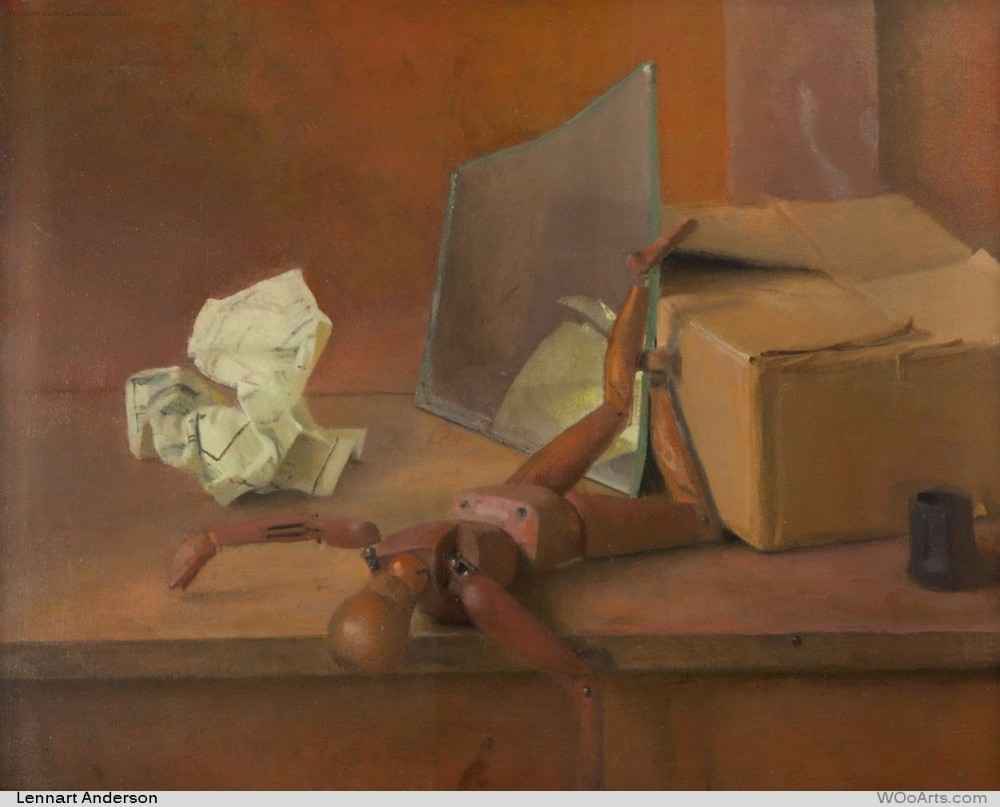 Lennart Anderson was born in 1928. He studied at the school of the Art Institute of Chicago, Cranbrook Academy, and at the Art Students League under Edwin Dickinson. He is a member of the American Academy and Institute of Arts and Letters and is an Associate of the American Academy of Design. His awards include a Guggenheim Fellowship, a National Endowment for the Arts grant, a Tiffany Foundation Grant, and the Rome Prize. He has had solo exhibitions at many galleries. He was an art instructor for many years in the New York area, having taught at Yale, Columbia and Princeton Universities, at Pratt Institute, Skowhegan School, Art Students League, and the New York Studio School. He is now a Distinguished Professor at Brooklyn College.

For many years his work consisted of large, ambitious neoclassical figure compositions. Later his paintings were on a smaller, more informal scale: a few portraits, some lovely landscapes and a lot of still lifes. He gave careful serious attention to these traditional problems, and in the process he invested each of his objects with grace and presence.

Sources include:
Biography from the Archives of askART
ISA Biographies from Yahoo on the Internet
Carol Kino in Art and Antiques, November, 1991

A realist landscape painter when abstraction was a prevalent style, he was an art instructor for many years in the New York City area, teaching at Pratt Institute, Richmond College at Staten Island, the Art Students League from 1966 to 1970, and then at Brooklyn College.

Anderson has received many scholarships and prizes including the Rome Prize Fellowship from 1958 to 1960, Tiffany Foundation grants in 1957 and 1961, and a $10,000 award from the National Foundation of the Humanities.