29 Uncomfortable Object to Annoy You by Greek Artist Katerina Kamprani 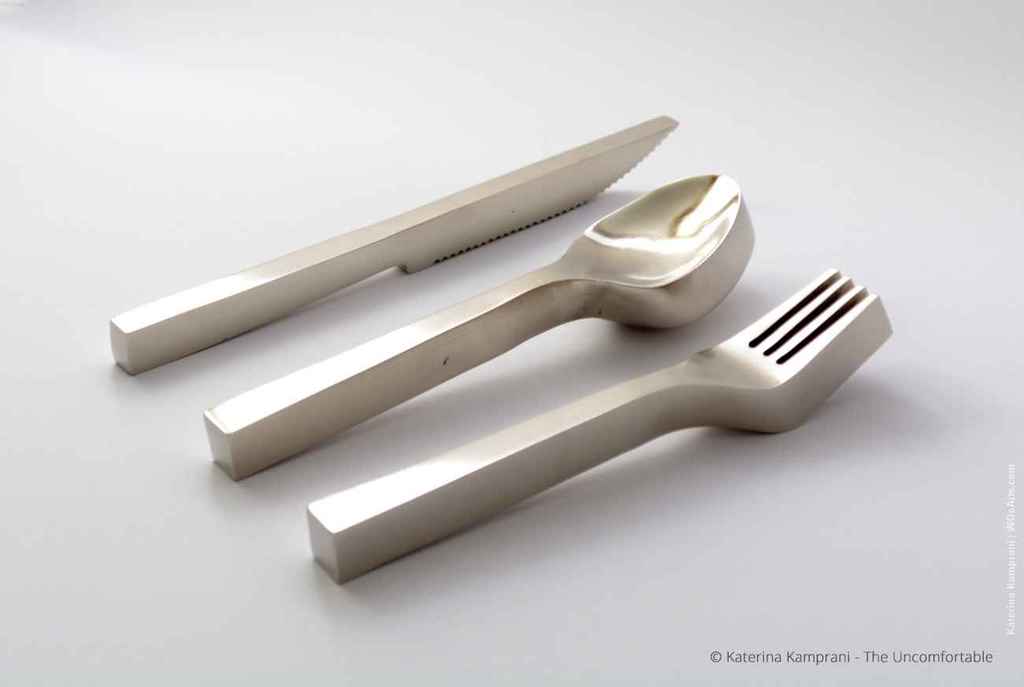 The Uncomfortable is a collection of deliberately inconvenient everyday objects, designed by Athens based architect Katerina Kamprani.
ALL THE OBJECTS YOU WILL SEE IN THIS WEBSITE ARE DELIBERATELY DESIGNED TO ANNOY YOU.

This project started after I failed to finish my studies in industrial design around 2011 and it has continued to grow ever since. My goal is to deconstruct the invisible design language of simple everyday objects and tweak their fundamental properties in order to surprise you and make you laugh.

But also to help you appreciate the complexity and depth of interactions with the simplest of objects around us. As a poor designer I have started the project by making conceptual 3d visualisations, but recently I have decided to spend all my savings to produce prototypes, because what would the world be if there were no Uncomfortable objects out there.

—
Good Read:
KYLE VANHEMERT
DESIGN
04.03.1406:30 AM
15 HILARIOUSLY BAD DESIGNS FOR EVERYDAY OBJECTS
HOW CAN AN object be incredibly, exquisitely, perfectly designed–and a colossal pain in the ass to use?

That’s precisely what Katerina Kamprani shows us with “The Uncomfortable,” a collection of familiar household objects rendered aggravatingly unusable with a few simple adjustments. The ranks include open-toed rain boots, a pitcher that pours back into itself, and a button as thick as thumb.

Kamprani, a designer and architect in Athens, creates the objects with 3D rendering software. Her first stubborn creation was a closet with doors that opened inward.

The conceit is clever enough on its own, but Kamprani’s poetic execution is what makes the project so great. Each object stays largely faithful to the materials and forms of the original; typically there’s just one deft change that sends its utility flying out the window.

Kamprani starts by recreating the steps it takes to use an object, isolating a single interaction to sabotage. She consults with friends and draws sketches, auditioning a variety of tweaks and transformations until she’s found just the right one. “I know an idea is good when it is so ridiculous I even surprise myself,” she says.

In each case, there’s a real elegance to the inefficiency Kamprani conjures up. The humble Oreo is a triumph of cookie design, and we owe a debt of gratitude to its inventor. But it takes an equally incisive mind to see how thoroughly you can screw the whole thing up just by inverting the ingredients.

You could say that Kamprani’s the best terrible designer anywhere on the planet. There is, however, one product she hasn’t been able to subvert. “I try and try and think again and again, but I still haven’t thought of an idea that will make me laugh,” she says.

That elusive object for which the Eureka moment–or at least Kamprani’s bizarro brand of it–has never arrived? The light bulb.