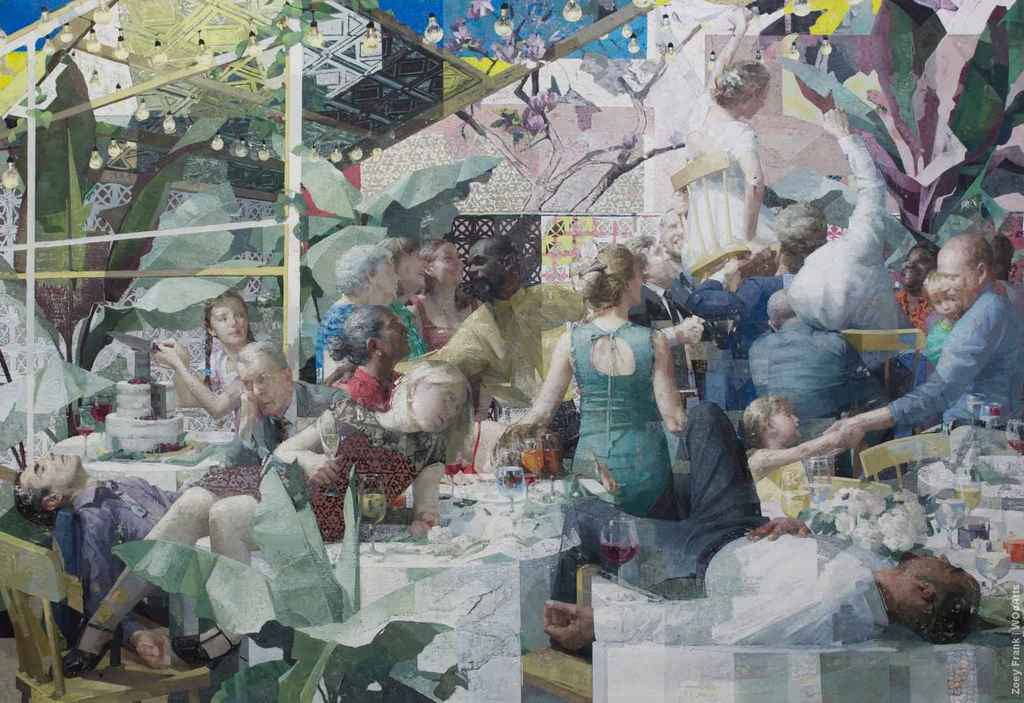 (1987 – Boulder, Colorado, United States) followed a four-year classical painting course at the Gage Academy of Art in Seattle, where she was supervised by Juliette Aristides. She then obtained her master’s degree in Fine Arts at the Laguna College of Art and Design. Zoey Frank has received several honorable awards and several awards, including three Elizabeth Greensheilds scholarships, the Avigdor Arikha Memorial International Residency Scholarship, the Artist’s Magazine All Media Competition Grang Prize in 2012, the Hudson River Fellowship in 2012, a study grant from the Albert K Murray Foundation, the Stacy Foundation and the Art Renewal Center. Her work has appeared in the Fine Art Connoisseur , American Art Collector, among others, the International Artist’s Magazine, Artist’s Magazine, Southwest Art and the Figurative Artists Handbook.

Over the last several years, time has been a central element in my paintings. I’ve painted from motifs that compose themselves differently over time—a lemon tree as it grows and its fruit matures, a cluttered living room, or a kitchen counter-top that changes each day through use. Remnants of earlier states remain on the surface of the finished paintings.

Over the past year, I’ve become increasingly interested in pictorial space as well. I start from the premise that no one system used to create the illusion of space––from the Greco-Romans to the High Renaissance to the Abstract Expressionists––is more natural or accurate than the others, but each represents a distinct way of perceiving the world. In my recent work, I’ve become more deliberate about my approach to pictorial space, pulling out ideas from each historical period that I find compelling and repurposing them toward my own ends.

This focus on questions of time and pictorial space has led to the introduction of some abstract elements into my work. As compositional problems present themselves, I’ve started using arbitrary planes of color rather than objects to resolve them. This has freed me up to make intuitive, spontaneous changes while I’m painting. As I make these changes to balance the composition, the space of the painting becomes fragmented in a way that interests me.

I’ve been working on a larger scale in my multi-figure compositions, filling the canvas with closely packed, life-sized figures. All of these paintings draw from art history. Some even use a specific painting as the underlying armature of the composition. Wedding, for example, is based on Théodore Géricault’s Raft of the Medusa. I am interested in the relationships from one figure to the next—how one body presses up against the other, how the tilt or gesture of one figure can be repeated by the one behind. As I work, I find unexpected visual pathways that move the eye through the painting. The complexity of juggling so many elements at once is exciting. It is paintings like this that made me want to be a painter in the first place.