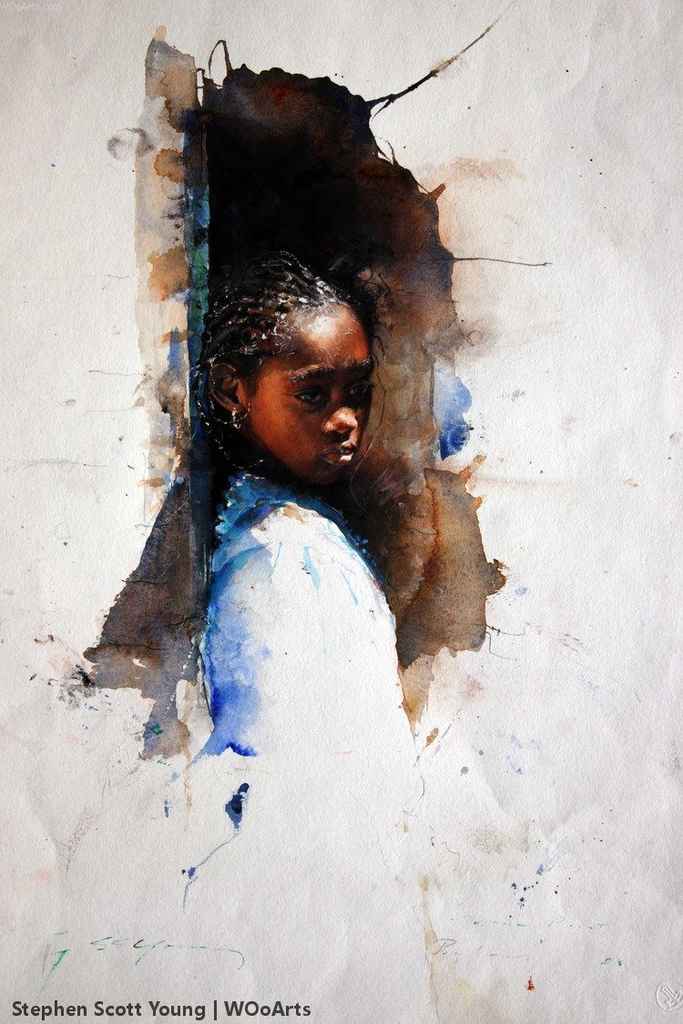 Stephen Scott Young is an artist in the American realist tradition. Exhibited nationally and internationally, Young is one of the nation’s premiere realist watercolorists and etchers. His work is currently at several major American museums, including the Cleveland Museum of Art, the Butler Institute of American Art, the Greenville County Museum of Art, and the Kemper Museum of Contemporary Art.

Stephen Scott Young (b. 1957 Honolulu, Hawaii) is an American artist best known for his watercolor paintings and etchings that depict everyday life on the east coast of the United States and the Out Islands of The Bahamas. Often painting genre scenes of quotidian life, Young’s work is noted for his strikingly realist use of watercolor and eloquent simplicity of subject matter done in the American realist tradition.

Young’s copperplate etchings evidence a strident attention to detail and intricacy that suggest the influence of Rembrandt and Whistler. Though the images he creates are often nostalgic, his work deals with contemporary issues. Art historian Henry Adams wrote of Young in the late 1980s:

“He is like one of those prospectors who has gone back to the tailings of an abandoned mine and where others saw only useless rocks found quantities of untapped, undiscovered gold.”

He has been exhibited nationally and internationally, and has work in major American museums, including the Cleveland Museum of Art, the Greenville County Museum of Art, and the Kemper Museum of Contemporary Art.

Young’s first interest in art arrived during his childhood, when his mother gave him picture books of Caravaggio and Vermeer to copy. When he was fourteen years old, his family moved to Gainesville, Florida. Young attended the Ringling College of Art and Design in Sarasota, Florida, where he was trained in printmaking and began to paint with watercolor.

In 1985, Young won first prize in a national art competition held by American Artist magazine. Soon after, he travelled to the islands of the Bahamas, which he has been depicting since. In addition to the Bahamas, Young has painted rural scenes of everyday life from the coastal northeast and southern United States, especially Vermont, Florida and the Carolinas.

In May 2012, Young began exhibiting a retrospective of the past twenty five years of his career painting the Bahamas. The opening at Christie’s in New York City coincided with the publication of Once Upon an Island: Stephen Scott Young in the Bahamas, written by art historian William H. Gerdts.

Young is referred to as “the Winslow Homer of his day,” with works in high demand.

He has been described as “A virtuoso realist in the classic tradition,” and “an anomaly on the modern scene.”

In addition to painting, Young has contributed a significant part of his career to developing the technique of etching and silverpoint drawing. Trained in printmaking at the Ringling School of Art and Design, Young keeps a press in his Florida studio.

In 2007, Young had his first solo etchings exhibition at the Montgomery Museum of Fine Arts in Montgomery, Alabama.