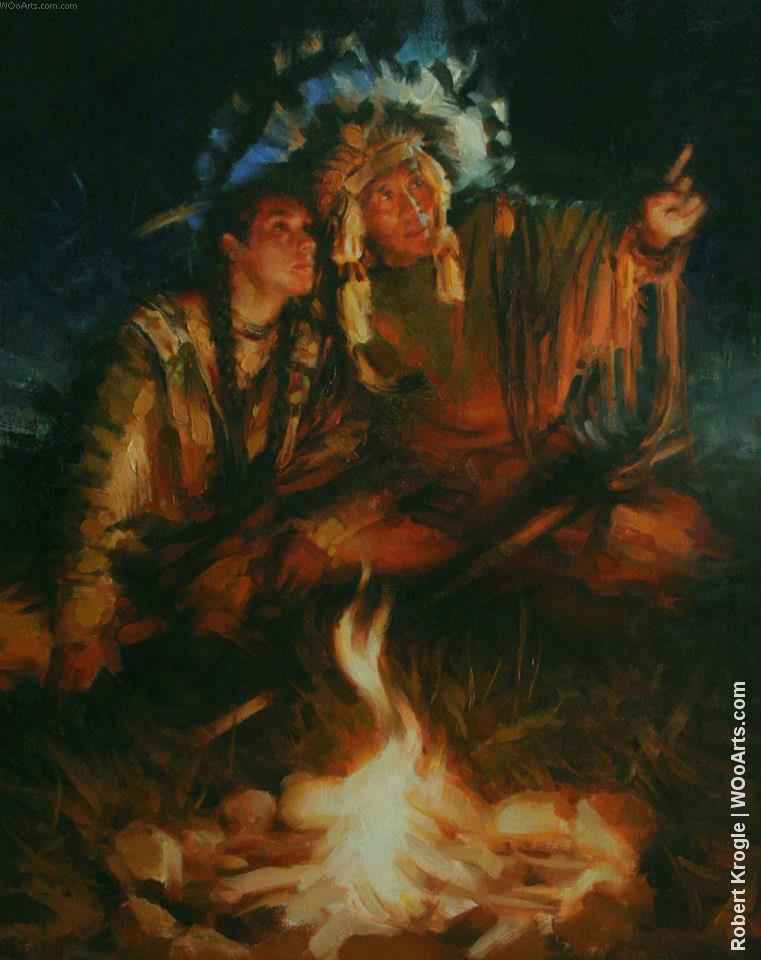 American impressionist painter Robert Krogle was born in Santa Monica, California. After high school Robert applied to Chouinard Art Institute of Los Angeles and was accepted but after two years was called to duty by the California Army National Guard. He spent five and a half months in Vietnam and was awarded the bronze star and purple heart for his service. Upon returning to civilian life, Robert completed his last two years of art education in 1970.

Within a year of graduation Robert was working at Rosenfeld, Palombi and Dilts, an art studio in downtown Los Angeles. He illustrated for many prestigious companies such as Microsoft, Continental Airlines and Mattel toys. In 1973 he decided to start his own studio, freelancing for the movie, recording and theme park industries. During his 31 years as a top illustrator. Robert had representation in Los Angeles, Denver, San Francisco, Chicago, New York and Atlanta and has received many awards from the Los Angeles and New York Societies of Art. He has lectured at Long Beach State University, Laguna School of Fine Art and has been a guest instructor at Art Center School of Design in Pasadena, California.

In 1992 Robert moved to Coeur d’Alene, Idaho. Within a few years of moving to Coeur d’ Alene, Robert decided to make the predictable transition from commercial art to fine art. He wanted to continue to evolve as a creative person and continue to draw inspiration from his fellow artists and his natural surroundings.