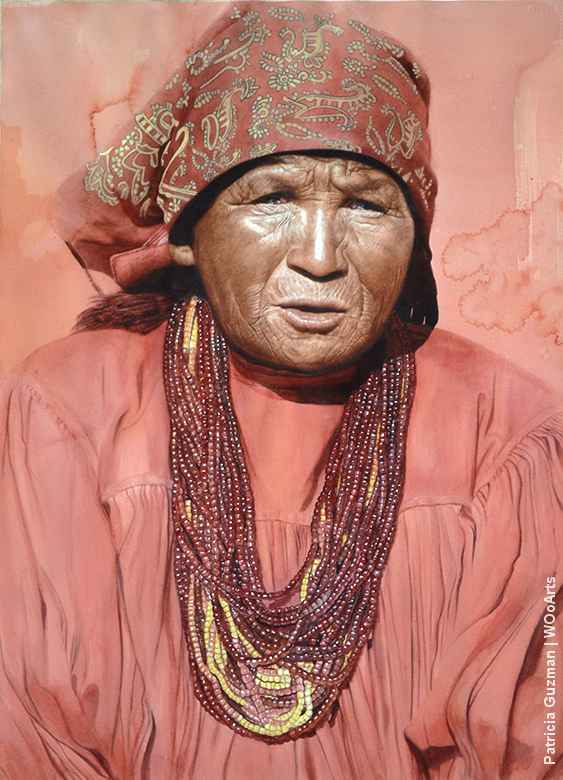 “My intention is to give voice to the human condition. My vocabulary is the indigenous roots, my passion is social commentary and different realities. I speak of our environment from my perspective as Mexican, as woman; deepening in the feelings and emotions shared by all. Through textures, transparencies, atmosphere, I represent figurative images, constantly experimenting to achieve the desired image “.

As well as in catalogs corresponding to biennales and exhibitions. http://patriciaguzman.org/bibliography/

Patricia is member of IGOR – International Guild of Realism (2008), as well as the Mexican Society of Watercolor Painters (2010).

She teaches watercolor and drawing through workshops and regular classes since 2013.