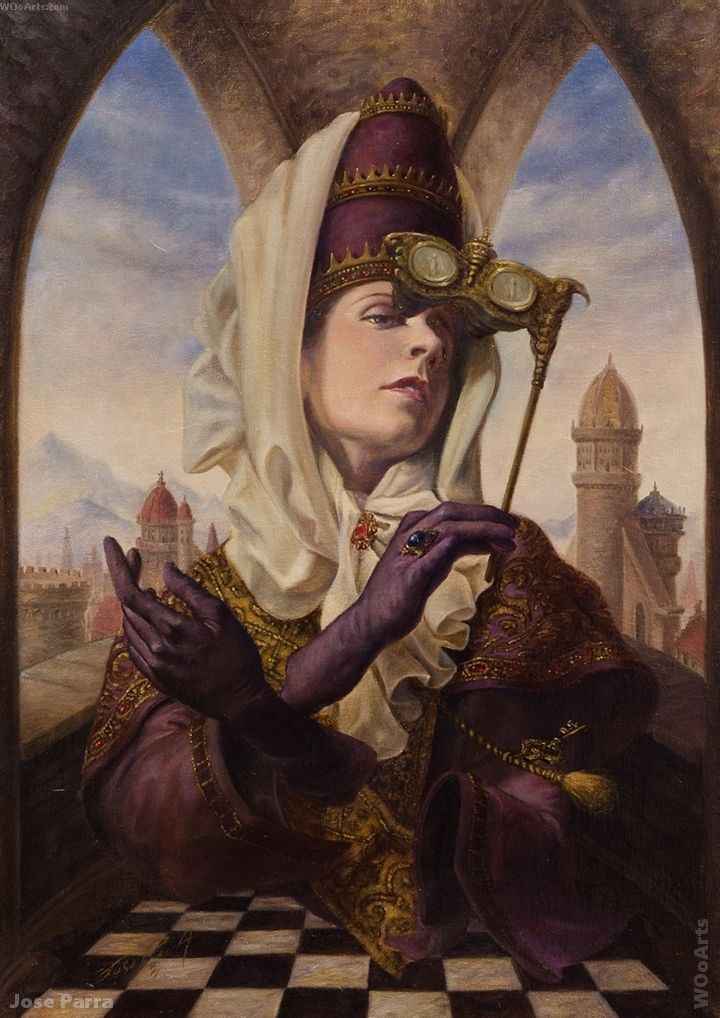 José Parra, Mexican painter, was born in Guadalajara Jal. Mexico on Jan. 29th 1975. He started as an apprentice at his father’s studio in Guadalajara at the age of 16, where he was able to develop his own compositions always influenced by the Spanish baroque sculpture, paintings and furniture manufactured at the family’s studio.

He lived in Puerto Vallarta for short periods of time during 1998-1999, where he was able to begin a more personal style at first influenced by surrealism but blending it with Mexican elements like “Talavera”. View more artwork photos from the artist Jose Parra