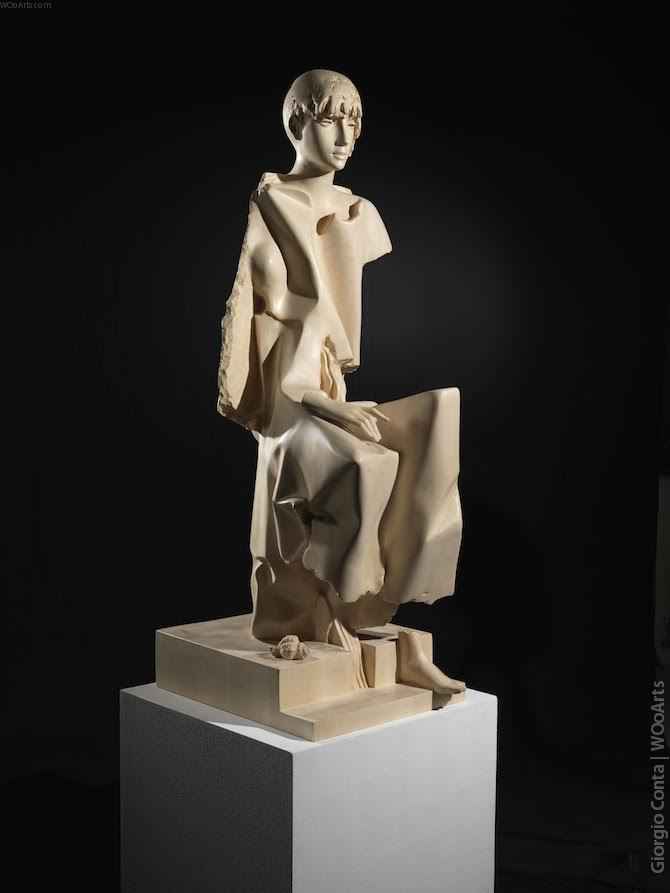 Born in 1978, Giorgio Conta grew up in an artistic environment where, being his father a well-known artist, he came into contact with various personalities from the art and culture world, including the great pianist Arturo Benedetti Michelangeli, close friend of the family, who expressed the wish to be his Godfather. After having earned his high-school diploma, he attended a sculpture school devoting himself to painting and drawing as well.
Travelling through Italy and abroad has given him a solid cultural education and training. Giorgio alternates his work as a sculptor with that of a painter , profane art with sacred art.
He had the opportunity to learn more about the theme of the Sacred participating in and collaborating with the Master Program on liturgical adaptation and design for buildings of worship, held in Trento in 2006.
Giorgio often works together with his father (Livio Conta) at the construction of monumental works and he has joined various solo and group art- exhibitions.
In 2010 he met Pope Benedict XVI and gave him the sketch of the sculpture “Monument to Life” which was made for the sanctuary of Pietralba (Bolzano).
One of his artworks, presented by Philippe Daverio, came under the ham- mer at Christie’s auction house. Among those who wrote about him Pupi Avati, Valerio Dehò, Luigi Marsiglia, Enzo Bianchi, Massimiliano Castellani, Renzo Francescotti, Paolo Levi. You may find his more of his artworks on his profile: https://www.facebook.com/giorgio.conta
Warren King Gallery