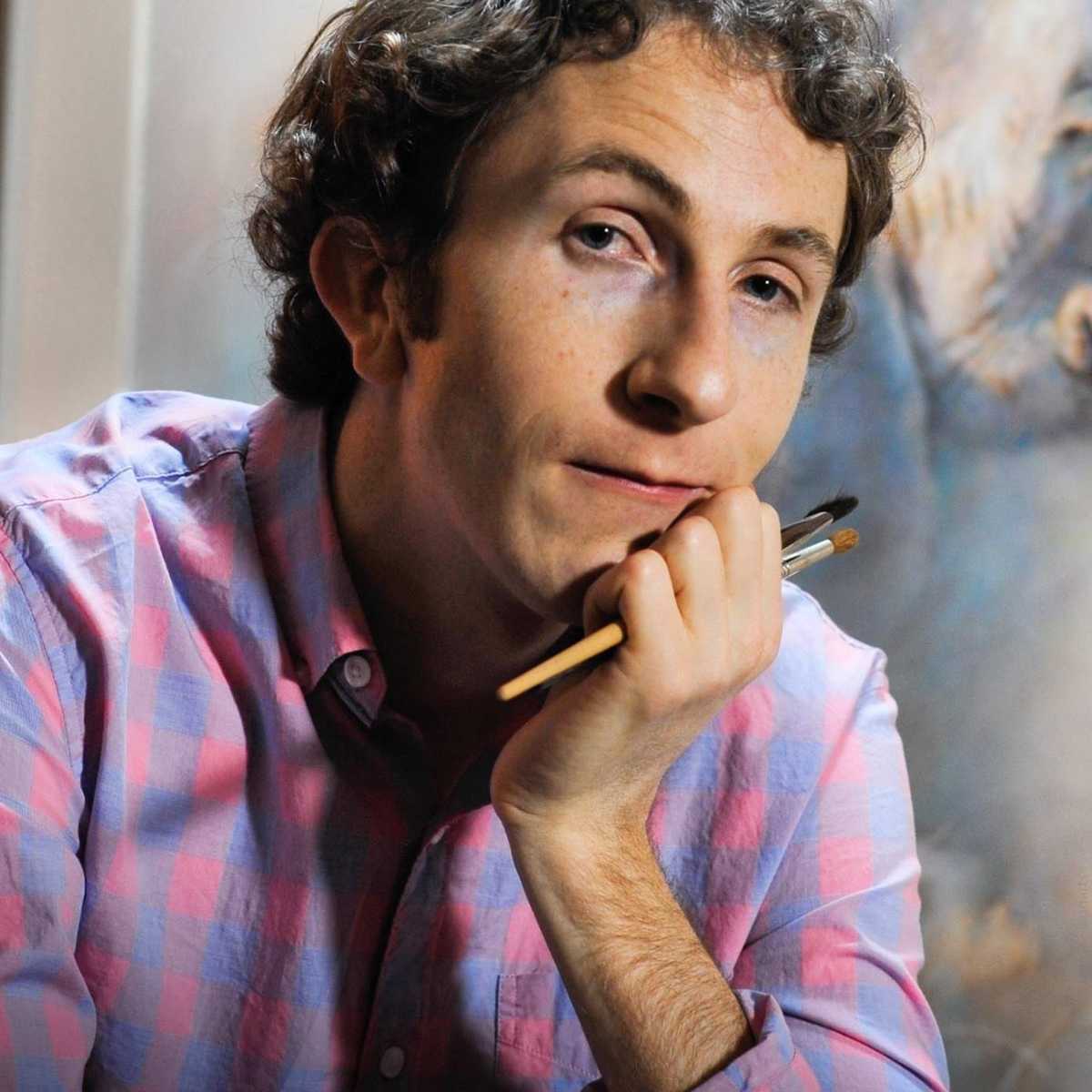 Dylan Scott Pierce (American, b. 1986)
Upon realizing at an early age his enjoyment of drawing and painting, Dylan was encouraged to pursue his passion in art. Homeschooling allowed Dylan plenty of time to paint and gain inspiration from his travels. From the age of twelve he has participated in numerous group and solo exhibitions around the country.

Dylan currently resides in the Atlanta, Ga area where he studied at Chris diDomizio’s art school for ten years. What he acquired from his teacher’s insights of works by various masters of art through history became a strong influence in Dylan’s work.

Dylan’s oeuvre depicting the people of Africa is inspired by his visits to Swaziland, Botswana, and South Africa. Experiencing the extraordinary beauty of Africa and its astonishing variety of wildlife has been something Dylan dreamed of as a boy; yet meeting the people of Africa deeply affected him. The beauty of God’s varied wonders continues to inspire him – as he paints the beauty and breadth of wildlife and people with an ability to “capture the soul.

Dylan Pierce’s mastery and sensitive perspective are instantly captivating when first encountering his artwork. From the exquisite application of paint to the emotive compositions, Pierce creates a body of work that is not only technically astounding, but also exceptionally communicative. Pierce fully succeeds in bringing the moving, personal experience he had in Africa to his viewers and making us feel as if we experienced all the wonders with him. – MADELINE BECK, curator, Marietta Cobb Museum of Art

A Journey Toward Hope

It is interesting how things in our lives can change in unexpected ways, sometimes good things we wouldn’t have imagined. I am grateful to get to share my journey of the unexpected change in my life from painting animals to people. From having lost my joy of painting to enjoying it more than ever. The following tells about how my recent paintings came about.

Growing up, animals were always a favorite subject for me to draw, so the first time we visited Africa, it was a dream come true. My mom and I traveled together and at the first sighting of a giraffe in the distance, we were elated; we didn’t realize the many up close encounters with wildlife that lay ahead. Kruger National Park was our initiation into Africa, which led to our eventually visiting the vibrant wetlands of Botswana. This region is abundant with life. Many paintings came from that trip.

The wilds of Africa can enchant you with their beauty and awaken a sense of wonder in you. Africa can really reach your soul and leave you forever changed. However, I discovered an unexpected beauty, which was in the soul of the African people.

When I painted my first African portrait, “Feed My Lambs,” it was the surprising beginning of an entirely new path. At that time, my teacher, ChrisChris diDomizio, was involved in assisting an orphanage in Haiti; this was just after the earthquake that had devastated Haiti in 2010. Chris would return from his many trips to Haiti with new stories to tell and new photos he had taken to show us his ground level view of what was happening there.

My teacher gave his photographs to the students to paint or draw, and the class was filled with paintings of the Haitian people. That was when my pieces “Haitian Girl,” “New Hope” and “Passively Waiting” were painted. The culmination of our work ended in an auction, which helped thirty kids go to college in Haiti.

Going through this process reinforced the new passion in me to paint the marginalized people of Africa; and I felt God’s pleasure as I painted these beautiful people. The desire was awakened to return to Africa; one day the possibility of going to Swaziland developed. Within two or three days an email appeared in my in-box from Swaziland, Africa. We knew it was an answer to prayer. The email was from Isabelle Van Hoegaerden; she had discovered my art on the web while looking for African watercolor portraits. She told me that she also enjoys watercolor painting and has lived in Africa all her life. She said she could relate to what I had written about the people.

In just a few months we were with Isabelle, making our way around the rural country roads of Swaziland, meeting the people and seeing the local way of life. Every day was a new adventure which brought to life what are now the paintings from the last few years. Our time with Isabelle was such a gift. Painting the people has brought great joy; the meaningful connection I made while painting each portrait taught me, giving me greater understanding of my own heart and pointing me to my source of hope, which is God.

Africa is a land of enchanting beauty, which never ceases to inspire a sense of wonder. Sadly, though, for many people born in Africa, much of what they’ve known is a continual struggle. Life, for many Africans, comes down to survival. Despite whatever difficulties they may have, the people often have a sense of joy that surprises me. Their resilience inspires me, their resourcefulness amazes me, the colorful humor of the people amuses me and the love and respect they hold for community teaches me. As I see them face their journeys with these attributes, which inspires hope, I feel a sense of connection with them in my own journey.

There is much that is good and beautiful in life. However, when we find ourselves in the place of difficulty and doubt, hurt and disappointment, we need to “hold on” to hope, to keep our eyes on what is good, to value community, and to hold close to a spirituality that transcends whatever situation we may be facing. In this, I believe, the African people seem to triumph.