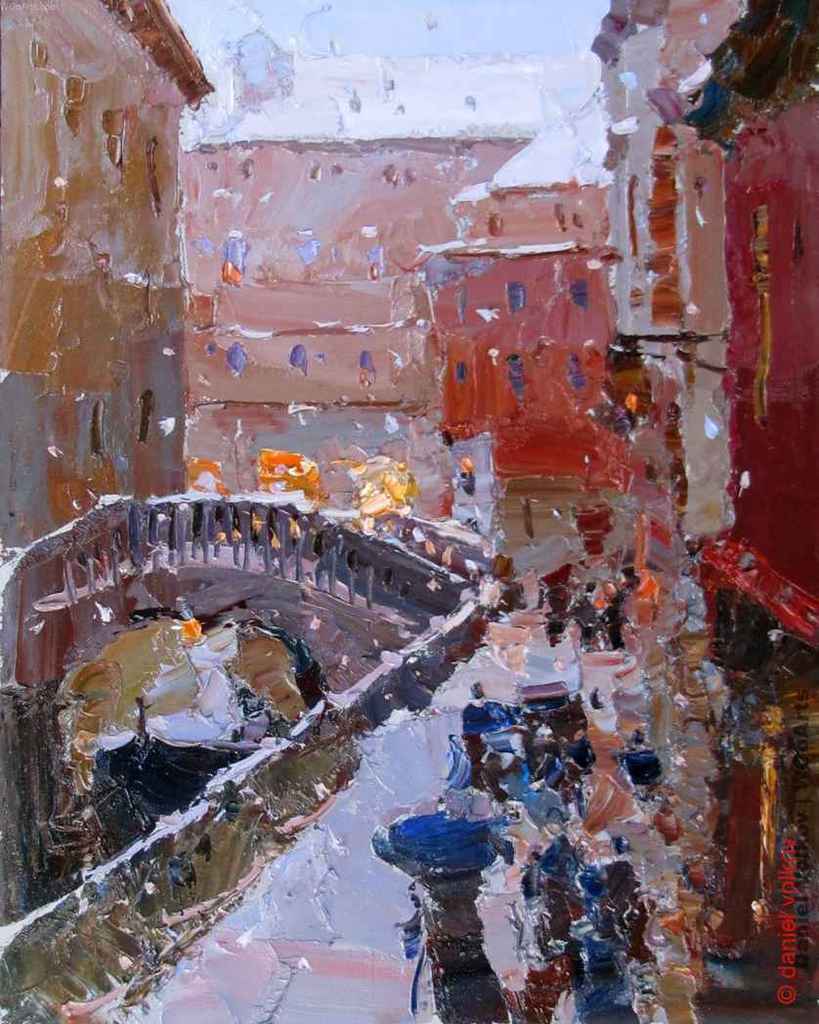 Daniel Volkov, an emerging and talented abstract impressionist painter, was born in 1974 in the city of Yalta. He was the son of renowned Ukrainian artists, Viktor Volkov and Helena Rusanova, with an ancestral history of painters going back to the court of Imperial Russia. In 1989, Daniel entered the Crimean art school named after Samokish and it was here that he met his future wife Elena, also a distinguished artist. He graduated in 1989 and his first solo exhibition was held in Yalta in 1995. Furthering his education, he studied at Moscow State University. In 2001, Volkov returned to Yalta where he has been living and working since, specializing in capturing the beauty of the Crimean landscape in his own distinctive lyrical style. His work is bought by private collectors from France, Great Britain, Russia and the United States as well as numerous galleries. Read more at the artist Daniel Volkov website.