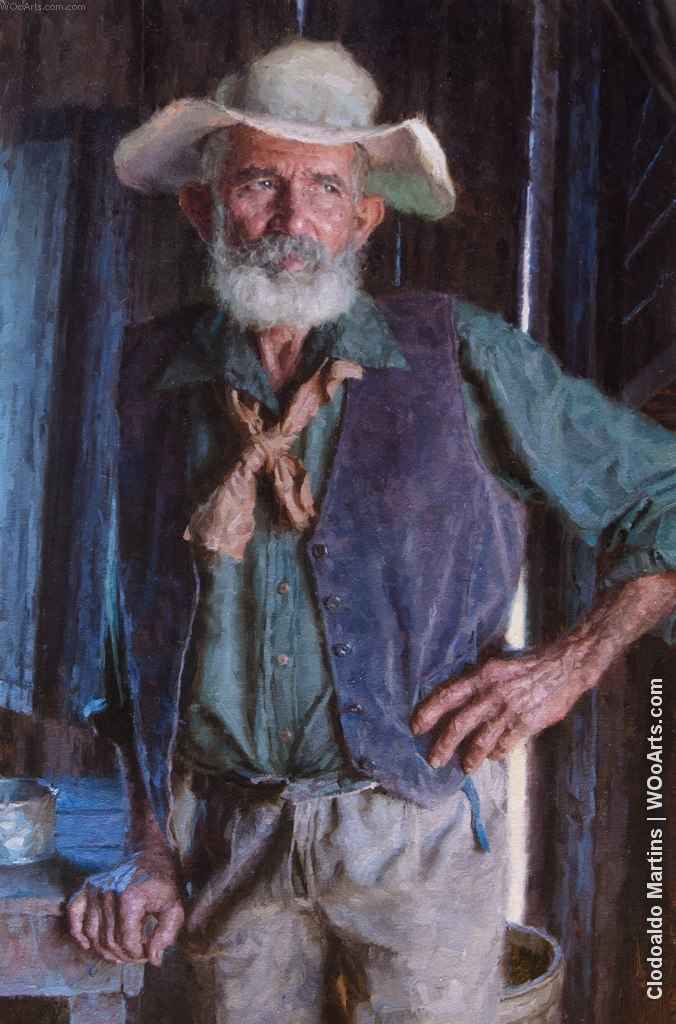 Clodoaldo Martins began his studies with drawing teacher Luis Dotto in 1999. The following year he participated in painting classes, initially with the artist Sérgio Amorim and later with Celso Bayo.

In 2003 he met Washington Maguetas, who assisted him in improving his technique. Soon after, he received valuable contributions from Alexandre Fausto, disciple of Arlindo Casttelani de Carli.

From 2005, he began to receive guidance from Luís Cláudio Morgilli, who presented him to Gilberto Geraldo and Ronaldo Boner. And it was through the study groups taught by Boner and workshops led by Gilberto Geraldo that Clodoaldo Martins directed a new plastic to his work.

Today, the great master Morgan Weistling is who influences him in the increasing refinement of his artistic production.

Clodoaldo Martins has a degree in Arts Education, with a degree in Plastic Arts, from São Luís College, in Jaboticabal (SP).